In high school physics lessons, we learned about thermal expansion of matter. In particular, the piping systems are usually made of plastic/metal with a large length. Therefore, the pipeline has an inevitable expansion when there is a change in temperature in the environment. 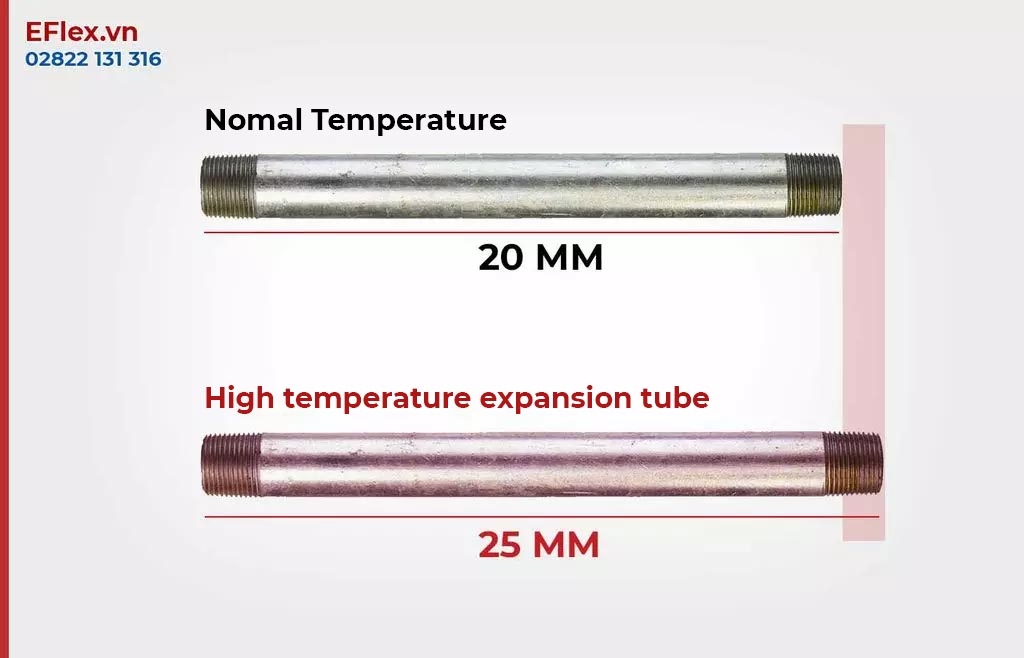 The image shows the expansion of metal pipes when the temperature is increased.

The introduction of the products of stainless steel expansion joints , heat expansion pipes is to eliminate the problem of thermal expansion of the above pipes. Especially for long pipes there will be a large longitudinal expansion margin. 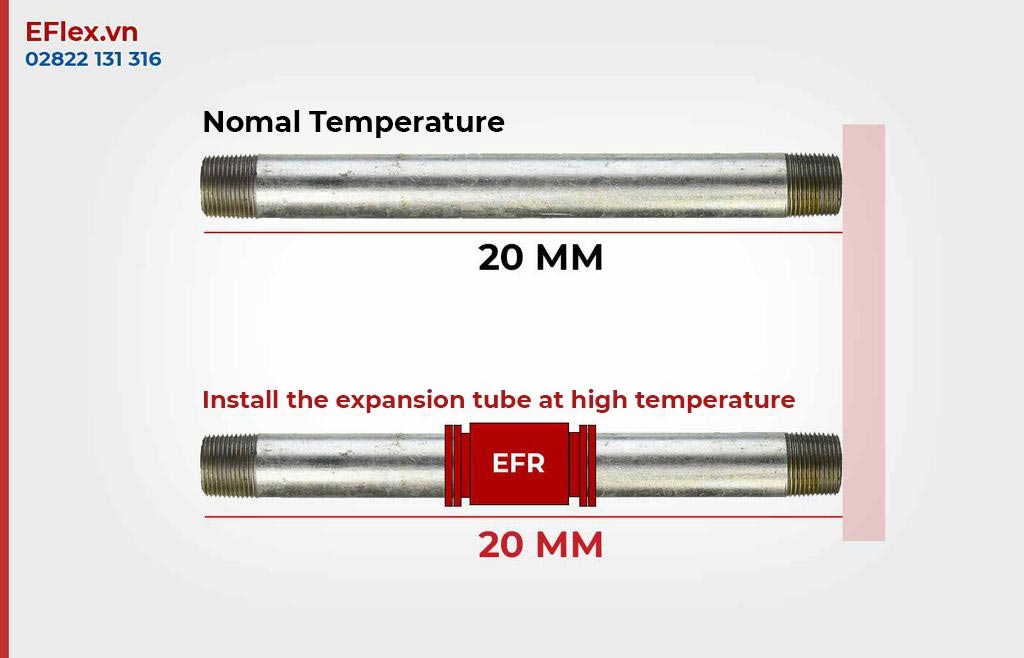 The image shows the role of the thermal expansion joint, which helps to keep the pipe length intact.

The heat change on the pipeline can come from: hot and cold weather, day and night, due to a medium such as hot and cold water, due to the influence of the surrounding environment.

The Role of Thermal Expansion Joints

With a large pipeline system such as: fire protection, water supply and drainage, .. in factories, buildings, .. thermal expansion if not taken care of will cause serious consequences. 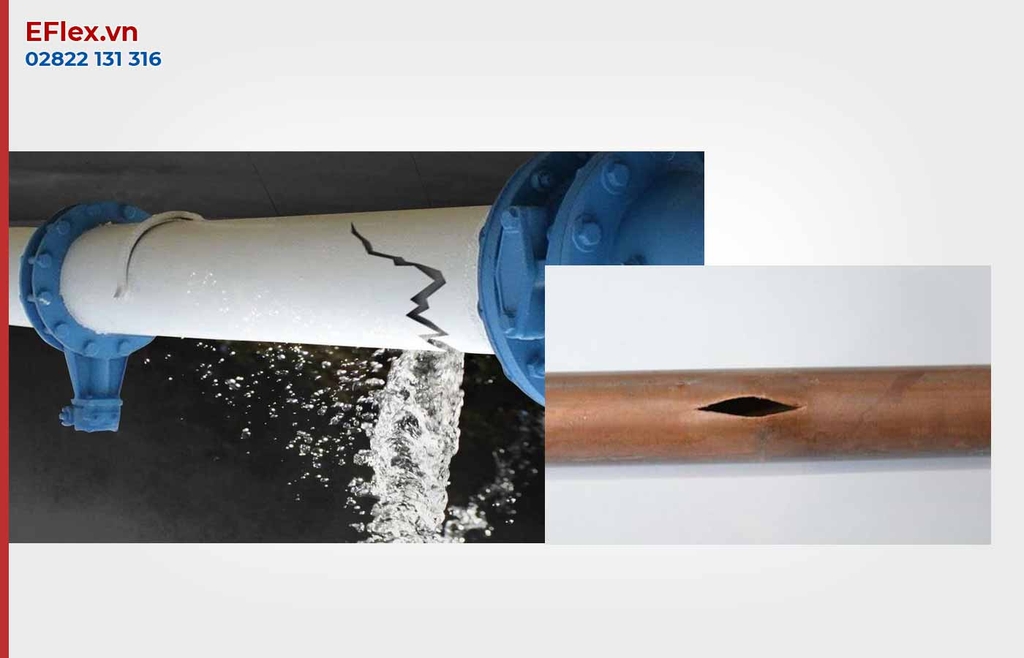 The risk of tube breakage and perforation is very worrisome because the expansion by temperature is not suppressed.

- Expansion breaks the structure, causing pipe deformation: Changing the length of any pipe segment will disrupt the structure of the system. Dragging the pipeline is deformed and crooked. The longer the tube, the larger the size, the greater its expansion. With a 10M long pipe leading hot water at 300 degrees Celsius, it will make the pipe about 3 CM longer than normal.

- Expansion will cause pipeline rupture: The expansion of the pipeline is prevented from reaching a certain degree, which will lead to pipe breakage, pipe leakage.

- Thermal expansion will disrupt the operation of the whole plant system: Obviously for a factory that depends on the oil pipeline to operate the production lines. If a piece of pipe is stretched leading to a crack, the whole system will have to stop. The repair time will last up to a few days with no small cost.

In fact, there are quite a few types of expansion joints with quite complex structures. Below is the main structure of the product designed and manufactured at E-Flex Vietnam. This product line is being distributed by the company nationwide. 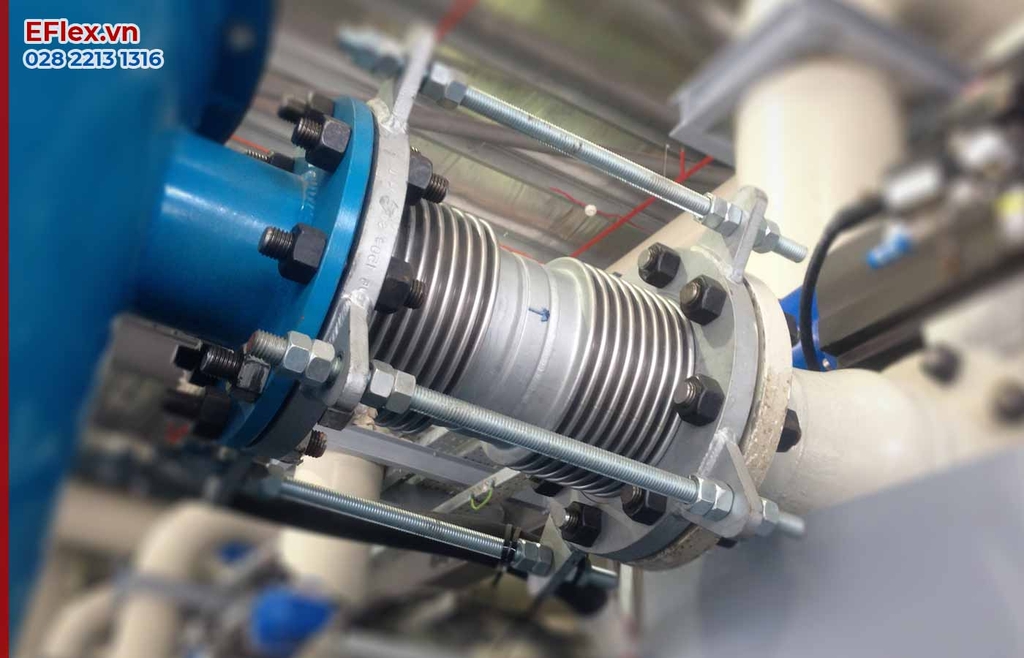 The product is composed of 3 main parts: tube, flange and directional.

This line is composed of 3 main parts: Stainless steel pipe has the ability to expand due to heat; Two flanged ends to connect to two pipe ends; Fixed Ty.

In particular, the inner tube is the part directly responsible for thermal expansion, the amplitude of expansion is up to -40/+20 CM. In addition, the fixed part helps to limit the expansion amplitude, preventing the tube from breaking in case the temperature changes too high.

This line has a more complex structure, consisting of 4 main parts: Inox pipes have the ability to expand due to heat; Two connectors to 2 pipe ends; The inner tube helps to separate the medium from the inner tube; Steel jacket to protect the tube.

Due to the more complex structure, the price of the finished product is higher. In return, the customer will have the expansion tube covered with a protective layer, avoiding the leakage leading to spraying the liquid out. The medium does not come into direct contact with the inner tubes to help prolong the life of the equipment.

Are Thermal Expansion Joints Made In E-Flex Vietnam Reliable?

As an experienced expert in this industry, the company is absolutely a reputable place to order the production of stainless steel flexible joints.

There are 5 main reasons for you to buy with confidence:

See the range of thermal expansion joints that E-Flex produces 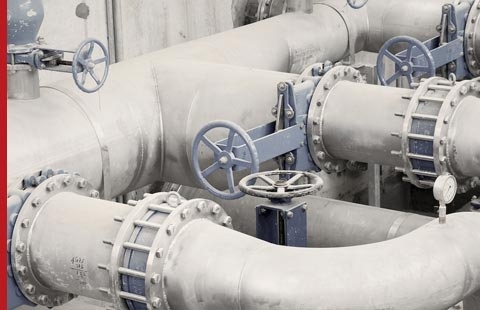 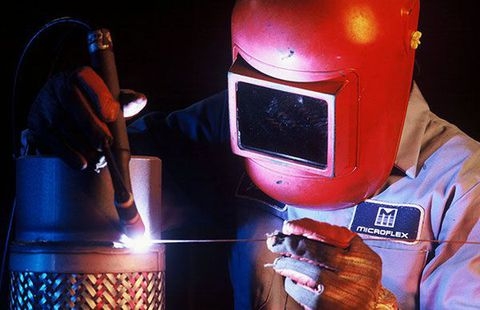 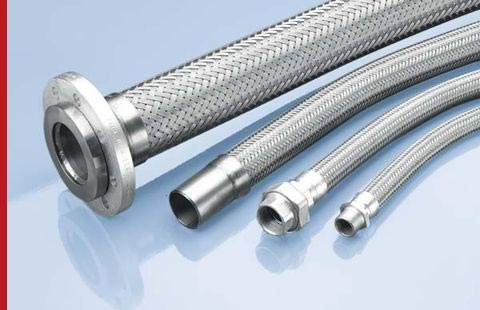 How Are Flexible Metal Hose Made?